Native American Tattoos: What You Should Know First

Many ancient and primitive people incorporated tattoo art into their tribes and societies. Native Americans are no exception. People from the Polynesian and Hawaiian islands are also well known for this.

How Native American Tattoos Were Made

Many Native American tattoos were made using sharpened bone, rock, or other tools to carve the tattoo into the flesh. After, the tattoos would be filled with soot or natural dyes to stain the wound.

There are a variety of reasons why Native Americans would be tattooed. Both women and men would get these tattoos. Men, after winning a battle or war, would receive a tattoo symbolizing their conquest and victory.

Fun fact: Many tribes were differentiated by their Native American tattoos. Different markings signified a different tribe and the region the tribe was from.

Many of these tattoos held mystical or spiritual meanings for those who were tattooed with them. Even in the modern age, this belief remains prevalent in many tribes. These mystical or supernatural Native American tattoos were believed to give the wearer supernatural powers or strength. A similar concept was discovered for Native Americans who were tattooed with certain animals, emulating their strength.

SET UP AN APPOINTMENT!

How Native American Tattoos Are Viewed

Today, through the advances of DNA-related technology, more people are identifying themselves as part of a Native American tribe. Often, these same people get Native American tattoos representing their ancestral tribes. On the other side of the coin however, the practice of getting these tattoos has become a trend among those who simply admire the Native American culture.

Native American tattoos are among the most popular requests for many tattoo artists. 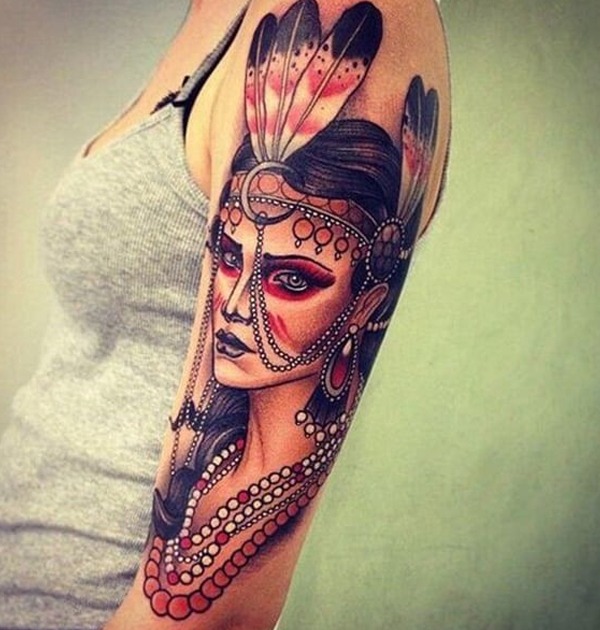 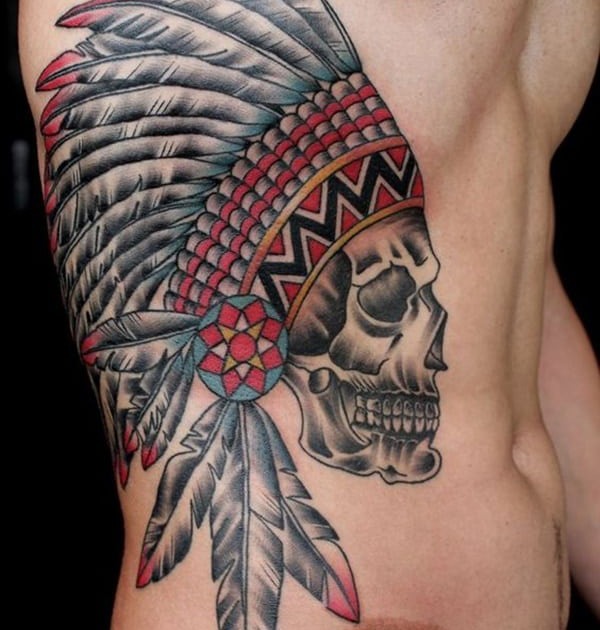 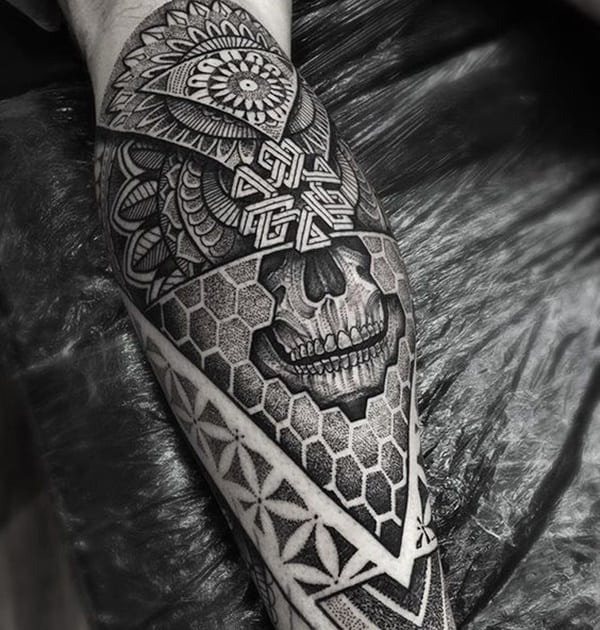 Plan To Get Native American Tattoos?

The top two tribes most famous for their tribal tattoo work are the Iroquois and the Cree tribes.

The men of the Cree tribe tattooed their legs, chest, arms or even their entire body. Iroquois men would mark their thighs with tattoos symbolizing how many battle kills they’ve had.

Interestingly enough, tattoos were considered as medical treatment among certain tribes. In the early days, it was common practice to tattoo an area of the body causing discomfort or pain in order to remove the pain and/or infection.

Again, if you’re considering getting any Native American tattoos, it’s best to do your research first.

While you can place a tattoo wherever you want on your body, especially when doing cosmetic tattoos, there are some spots that are better suited for the tattoo you’re getting.

“Dream catchers look fabulous on the shoulder blades, shoulder/upper arm area, and the small of the back. There are even more options for feathers. They can go on the arms, legs, wrists, back, shoulders, neck, rib cage, and even the face. Pictures of Native Americans are more typical for men than for women. They go best on the chest, the bicep area and the back. Placement of the tribal symbols depends heavily on the symbol and its size.” – Tattoo Me Now

Ready For A Native American Tattoo?

Are you ready for your first, second, third or maybe fourth tattoo?

Reach out to one of our several high-quality tattoo artists with many years of experience today by registering for a consultation!

Better yet, stop by the shop today!

SET UP AN APPOINTMENT!